My Instagram
My snap creations are pretty lame. tbh,m but I'm going to make them swing from a chandelier! LOL
For the little sprite chase game I have I chose that because it was one of the most creative thing I made on the snap website, it's cool because it has spoderman and spungebawb that chace eachother and have a weird convo. 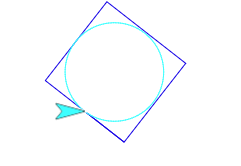 I chose this square with a circle because it was sort of difficult to make and I had a fun time trying to figure it out.

This is the code

I would use to make a swirly. I chose this because swirlys to me are kind of cool and I thought it would be useful to include the code into the website.